I spent my weekend attending the PMMS annual conference which was held at the Faculty of Music, University of Oxford. Though the theme of the conference was rather somber, 'Music and Death before 1650', the atmosphere was both enthusiastic and enjoyable. As always, it was nice to catch up with colleagues and share what new things we have been up to in the recent months. Afterwards, several of us headed out to the Bear Tavern, one of Oxford's oldest pubs, for a good after-conference pint (or two!) and casual discussions. These annual conferences have now become a great part of  my academic year and I look forward to attending next year's 125th anniversary conference held in York.

Today, I walked to Oddington, a small little villiage just north of Oxford, where the14th-century scientist Walter Odington is known to have been from. Among a scattering of houses is the old parish church which boasts of having a bell tower from the 13th century. An interesting history of Oddington can be found here: Parish of Oddington 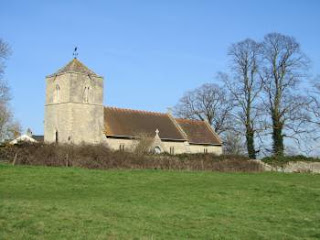