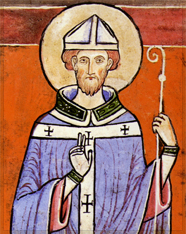 
My research brought me to Corpus Christi College at the University of Cambridge this week to examine a manuscript written nearly 600 years ago.  Some of you may wonder what on earth might be the importance of digging through old books full of information which has very little relevance to our daily lives in 2011.  I, on the other hand, would like to argue that only through knowing what has come before us can we truly understand where we are to go in the future.  I love learning from the past and understanding why certain things are the way they are today. So, I found myself sitting in the Corpus Christi manuscript reading room working over a manuscript which was beautifully and carefully written and preserved for so many years.

As a part of the large task for my PhD, I am specifically looking for signs of usage within these precious manuscripts; indications that people actually might have read and worked with the text rather than being something which simply sat on the shelf of a library belonging to some important scholar.  These manuscripts would have been considered very important at the time, and quite expensive.  So it is not often that one can find scribbles or marks within them.  In this case, and to my great delight, I found several signs of usage.  The way I can tell that they were read and used is through such things as amendments made by a later scholar.  After carefully turning pages through the manuscript, I found several instances of scribbles and corrections.  One scribe had corrected what the initial scribe had completely left out - most probably because of something as simple as a distraction from outside his workshop (perhaps a pretty girl walked by!).  Another scribe had corrected a ligature, a form of notation from the time which connects two notes together.  Another crossed out a section of a sentence which must have been considered unimportant.

It is through these small, but vitally important, scribal 'markings' that we can be assured that the manuscript was actually in use.  If scholars in the 14th and 15th centuries did not read and know the contents of the manuscript, they would not be bothered to take the time to correct it in the manner which I found in this manuscript.  This also means that there must have been multiple copies of the manuscript from which the corrections could be made.  Although many of the manuscripts of Odington's De speculatione musica were destroyed, it is amazing how much one can glean from the smallest little traces of activity and ultimately reconstruct a tree of dead manuscripts.
Labels: History Ideas Medieval Manuscripts Writing
Follow @ElinaGHamilton